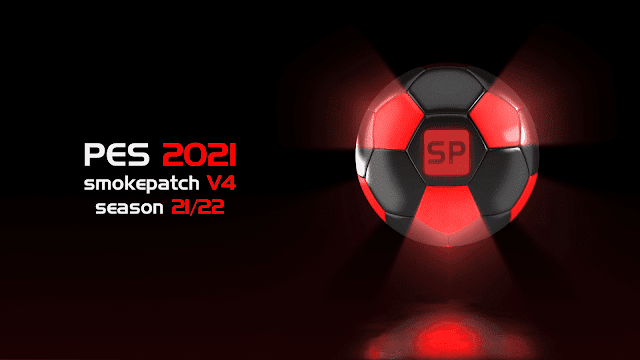 Update 21.4.3 is available
update 21.4.2b is available
* includes the previous update:
Release Notes:
SP V4 season 21/22
major upgrade for the new season that includes new players and teams selection, upgraded graphics in all aspects of the game like kits, balls, boots, formation pictures, and a whole new theme for this season, find details and links below.
please read and follow the install instruction and notes carefully.
SP21 General Features
Details:
Leagues and Teams
all the leagues are ready for the new season, promoted teams are now available in their respective leagues, all the teams are with their correct attributes and settings, including the correct manager with photo, correct stadium names, and rivalries.
every season a new teams selection is added to the database, SP database does not have any duplicate teams or players, with no fake names or players (except for the ML default team and the editable teams)
the fake leagues in the game are replaced with real leagues:
Fake Europe League:
this league is used for the German Bundesliga, all 18 teams of the new season are available.
Fake America League:
the MLS replaces this league, 20 teams participating only, this league cannot handle the 27 teams originally participating, in the patch this league has 20 teams.
Fake Asia League:
Japan J1 League is available in this league slot, with all 20 teams available.
two fully editable teams are still available in the game, pes united (Zalgiris Vilnius), and we united (Ceres Negros). You can use these teams to make your own. It is possible to export the team import it when we update the patch, see tutorial section.
we take the liberty of adapting the season according to the game compatibility, to avoid problems in football life modes. you might find a missing or extra team depending on what game version is installed.
Players and Stats
smokepatch uses Konami stats for all the players, although this year we have to adapt the eFootball stats to conform with the PES,
Real faces:
Real faces are not included in the patch due to their large size. but are available to download from the addons menu.
ML Managers
in smokepatch, there are much more real managers to choose from, the total number of managers available to select from is 94, smokepatch added 72 more than the original game.
Graphics
all the graphics files we create for best quality and performance at the same time, with the lowest file size possible for high quality, the graphics (emblems, logos, kits, boots, balls, backgrounds) are all compatible with 4K resolution without losing quality. while consuming the same PC resources as the original game.

Kits:
all the teams in smokepatch have real kits, with more than 200 teams having this season kits, more usually comes in later updates.
Balls and Boots:
smokepatch has 40 real balls and 100 real boots, a selection of the best brands that we update in each version, v4 have 20 new balls and 8 new boots model added to the pack.
Formation Picture:
about 95% of the players in the database have their correct and real mini-face, this pack is being constantly updated in each patch version.
Theme (Audio Visuals):
smokepatch v4 will have its own bundled theme that includes sp v4 audiovisual, we think that changing the theme every now and then will keep the game fresh, but users have the option to remove and revert to the game default theme using sp switcher, or alternatively, users can change it by applying other ones available at the website addons menu.
all SP addons including the sider and its addons work with v4 as usual, except:
CL kitserver addon
this addon will downgrade the kits if installed and will need updating, deactivate this addon if it is installed until a new version is available. (see how to remove sider addons tutorial menu)

Unlock legends addon:
this addon is version-specific, older unlock legends do not work with the newer patch versions and will need a new compatible addon.
Expansions:
expansions are no longer supported in spv4, will be replaced with a new addon (add editable teams)
SP Switcher
a small switcher tool is included for various functions, located in the game folder, be sure the game is not running if you want to use this tool.this tool can deactivate or activate the patch to restore the original game, other options like removing graphics are also available in this switcher.
DOWNLOAD v4 & update 21.4.3b
Installation 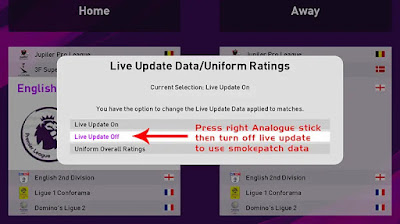